Haire was part of the North Down side that dominated the local cricket scene in the early-2000’s for a decade.

He also played in two One Day Internationals for Ireland, hitting a half-century against Scotland in 2008.

Here, he reveals the best player he has played with and against, favourite match and more.

Going to summer camp led by the late Raman Lamba around 1987/88 at The Green, putting his gloves on and never going near his kit again following the telling off I got!

It would have to be Raman Lamba. A modern day bat in a past age. Should have played more Tests for India.

Do your talking on the pitch.

Selfishly my first Senior Cup final when I scored a 100 at the old Ormeau ground.

Albert van der Merwe played in nine ODI’s for Ireland, with his debut coming against the Netherlands in July 2010.

The 39-year-old is now head coach of the Leinster Lightning, where he has won five trophies, including the 2017 Inter-Provincial Championship.

Here, he reveals the best player he played with and against, favourite ground and much more.

Tagging along to the primary school with my dad around 5 or 6 years of age. He was a teacher and did some coaching at the school. Test matches in the garden with my brother Martin.

If you are going to panic… panic slowly. 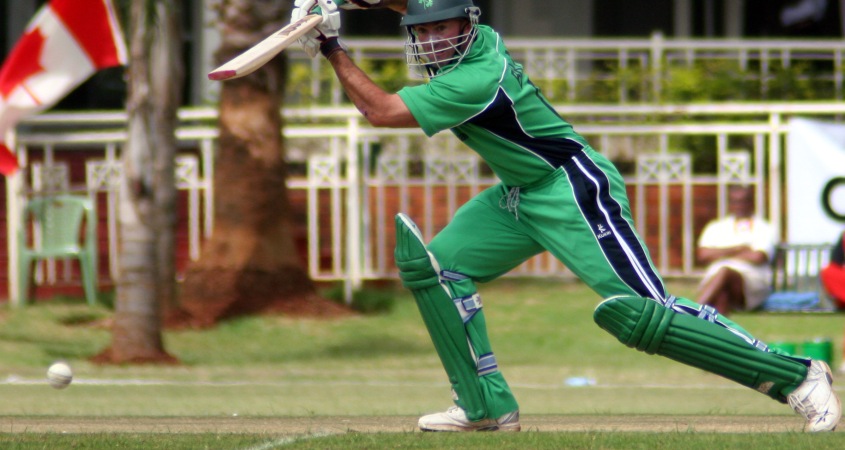 Jeremy Bray is one of the best batsmen to ever represent Ireland, and hit the nation’s first World Cup century with his 116* in a famous tie against Zimbabwe in 2007.

Now in charge of Denmark, Bray reveals the best player he has played with and against, favourite ground and more.

Best piece of advice you’ve got? 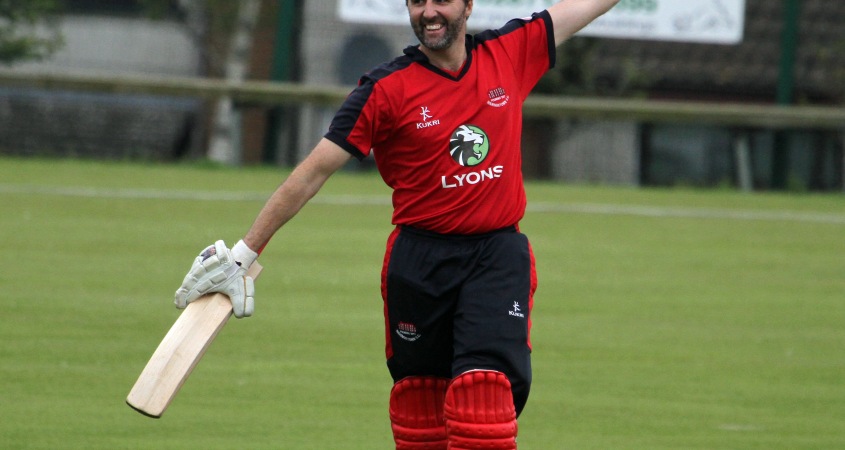 Kyle McCallan is one of the best players Ireland has ever produced, and he again played a major role in helping Waringstown pick up four trophies in 2018.

The 43-year-old picked up 28 wickets at an average of 21.21, and also hit 270 runs, with his highest score of 75 coming in the Irish Senior Cup semi-final win against Strabane.

Here, McCallan reveals the best player he played with and against, favourite match and much more.

Watching cricket with my dad at Cregagh Cricket Club.

146* vs North Down and Old Belvedere

I’ve been very lucky to play with some amazing players but Steve Waugh was phenomenal on and off the pitch.

Brian Lara. Ability to hit the ball wherever he wanted.

I enjoy watching and coaching rugby. Playing wise, I would love to get the time to play more golf.

Lords, with the Wanderers, Johannesburg, a close second. 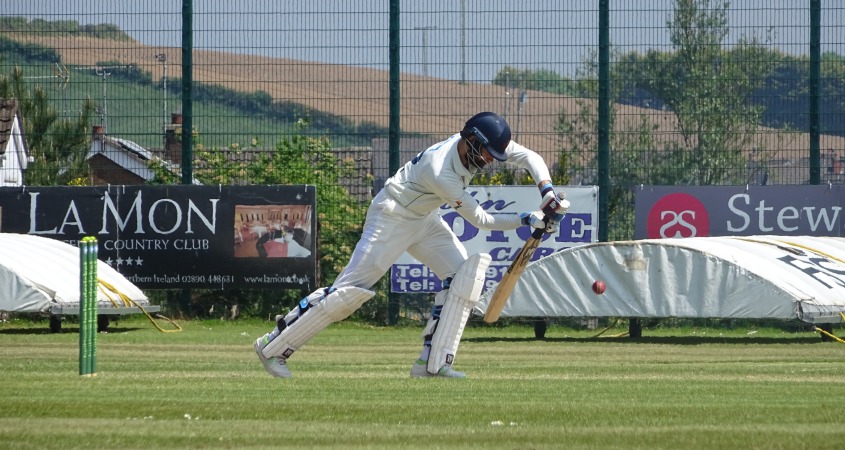 James Shannon registered his highest Twenty20 international score for Ireland over the summer when he hit 60 from 35 balls against India in June.

The 28-year-old has proven to be one of the very best players in the Interprovincial system over the past few years, and is the Northern Knights captain.

Here, Shannon reveals the best player he has played with and against, favourite ground and much more. 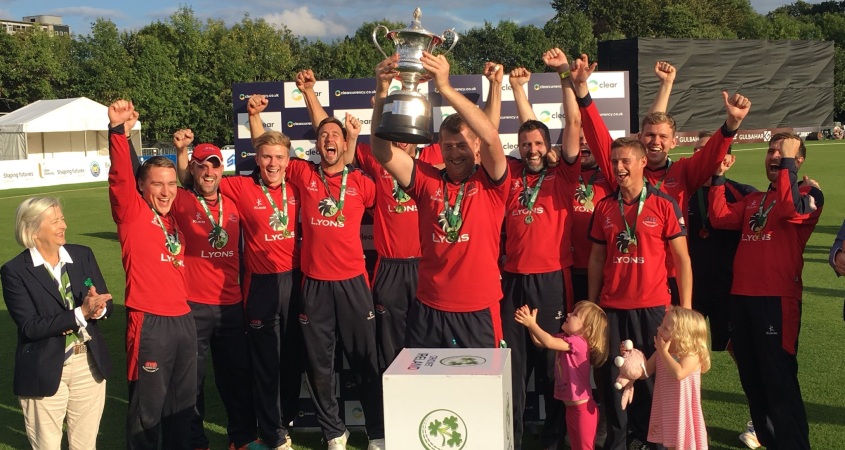 Waringstown opening batsman Adam Dennison was the standout performer this year, hitting a NCU-high 1335 runs at an average of 51.35.

He hit a record 145* to help his side win their first Challenge Cup trophy since 2013 – one of four competitions won by the Villager’s in 2018.

The 21-year-old has formed a magnificent opening partnership with James Hall, who also surpassed the 1000-run mark (1247).

Dennison and Andre Malan were the only two players to hit four centuries, with Dennison’s highest score of 147 coming against North Down a week after his Challenge Cup heroics.

Here, he reveals the best player he has played with and against, favourite ground and much more.

Watching my dad play cricket at Millpark at a very young age.

1-1 off 1 against North Down. Got Ruhan out then Greg took me off.

Jonty (Simon Johnston) always told us to just relax and express yourself, and have some fun..

Game that stands out was 2015 Irish Cup quarter-final at Clontarf. We got 320ish and they very nearly chased it..

Has to be football. Enjoy winters off watching Big Andy Mitchell at Glenavon.

I’ll be biased and say The Lawn, however Comber is a close second. 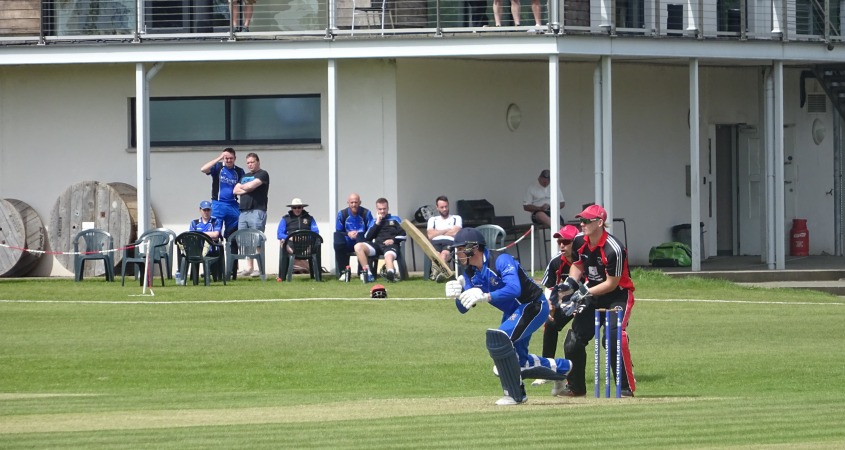 The Irish international hit 296 runs in the middle order and collected 22 wickets with best figures of 5-22.

Remarkably, Mulder has taken three hat-tricks for CIYMS, and was the only player to achieve the feat in the top-flight in 2018.

Here, the 23-year-old reveals the best player he has played with and against, his favourite ground and more.

Playing backyard cricket with the cousins, probably about 9 or 10.

Best piece of advice you’ve been given?

After being hit for five consecutive 6s, Christopher Dougherty said “just toss one up here”.

Favorite match you’ve been involved in?

CSNI professional Andre Malan had a tremendous debut season in the NCU, hitting over 900 runs and taking 43 wickets.

His highest score came in the Challenge Cup quarter-final against North Down, where he hit 140.

Get to know more about the South African in the video below.

CIYMS captain Nigel Jones is on the verge of leading his side to the 2018 Robinson Services Premier League title after a seven wicket win over Waringstown on Saturday.

They have now won 10 league games in a row to sit 12 points clear with only three games to go.

It’s been an exceptional run, so get to know the man who has led them to this point.

CSNI batsman Marc Ellison passed the magic 1000 run mark for the 2018 season, marking a terrific campaign for the New Zealander.

The highlight was undoubtedly his 139* in the Challenge Cup final, while he also scored centuries against Bready and North Down.

Get to know Marc Ellison in the video below.