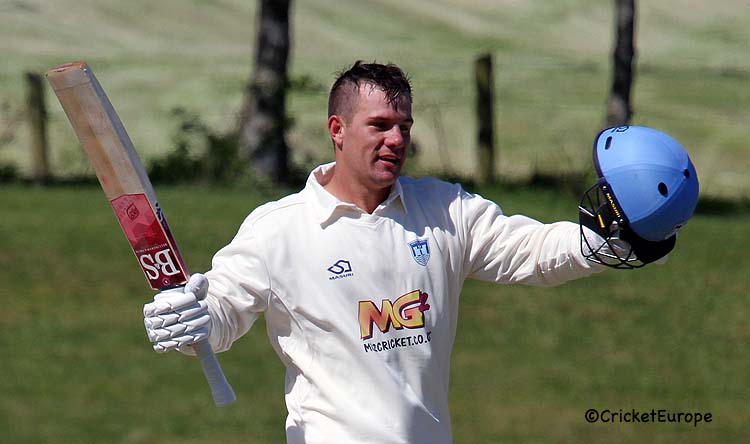 Jacques Snyman will return to Carrickfergus as their overseas professional for the 2021 season.

Only Andre Malan (1238) was able to boast a better runs return than Snyman, who scored five centuries and four fifties as he helped Carrick reach their first Irish Senior Cup quarter-final.

He was set to return for the 2020 season but that wasn’t possible due to the coronavirus pandemic.

Snyman was in fine form back in South Africa before lockdown, scoring 65 against England in January for a Cricket South Africa Invitational XI and carried that into his season with the Knights.

The hard-hitting batsman registered 124 against Cape Cobras, who had the likes of South African internationals Rory Kleinveldt and Dane Peterson in their bowling attack, before contributing 54 four days later against the Lions.

He is also more than capable with the ball as he showed in 2019 when his off-spin collected 24 wickets.

Carrick have already been busy in the close season after adding former Glamorgan all-rounder Jeremy Lawlor to their ranks and sources suggest this won’t be the last of their additions ahead of the 2021 campaign.