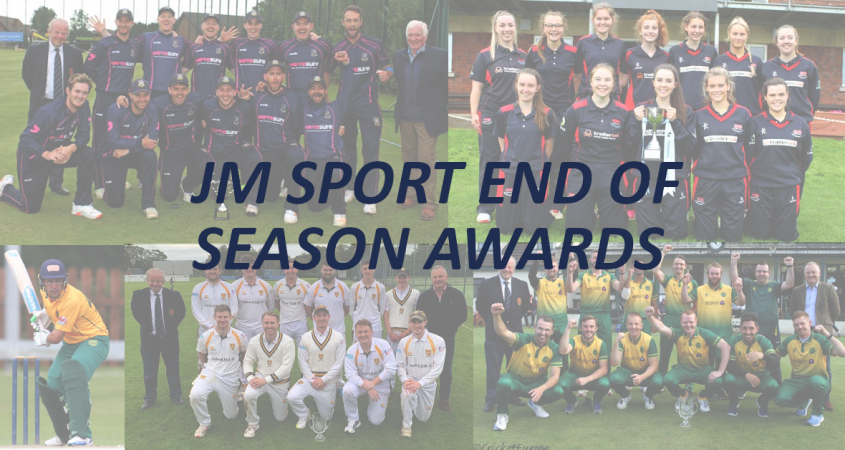 It’s award season once again as we return for our annual recognition of the standout performers in the Northern Cricket Union’s top-flight.

Over the next couple of weeks, there will be a daily category winner and to kick things off is the Men’s Player of the Year award.

North Down all-rounder Ruhan Pretorius has been named Men’s Player of the Year after he topped the run charts with 409 and also picked up 12 wickets in 10 matches.

The 29-year-old scored the only top-flight century of the season when he blasted 120* from 56 balls in the Robinson Services Cup semi-final against Instonians, which included seven fours and nine sixes.

He also contributed 47 in the final against Waringstown, playing a pivotal role to help North Down end a seven-year wait for silverware as they won the decider by seven wickets.

It hasn’t been all plain sailing for Pretorius this season with the South African struggling for rhythm at times, but he came out the other side swinging, ending the domestic season with a strike rate of 108.49.

Adding to his century, Pretorius also scored two fifties and secured the highest batting average of 68.17 as he finished four of his 10 innings not out.

His haul of 12 wickets was the second-highest by a fast bowler behind Waringstown’s James Mitchell (16).

“The boys this year have done really well and pulled together with good plans and definitely showed some class.

“My season went really well. I think we ended on a high personally and team wise.

“We definitely showed some class in the semi and final and Youngy set the tone with the ball.

“Carl (Robinson) has been brilliant this year with the ball and in terms of stats we all as a team did really well.

“We had a good few men in top 10 batting and bowling which gets you there and makes you compete for trophies.

“Now it’s just to build on it and go from there for the years to come.”

CricketEurope have produced a StatsZone which is where the above statistics were sourced from. View them all here: https://www.cricketeurope.com/STATSZONES/index.html?NCUpremier