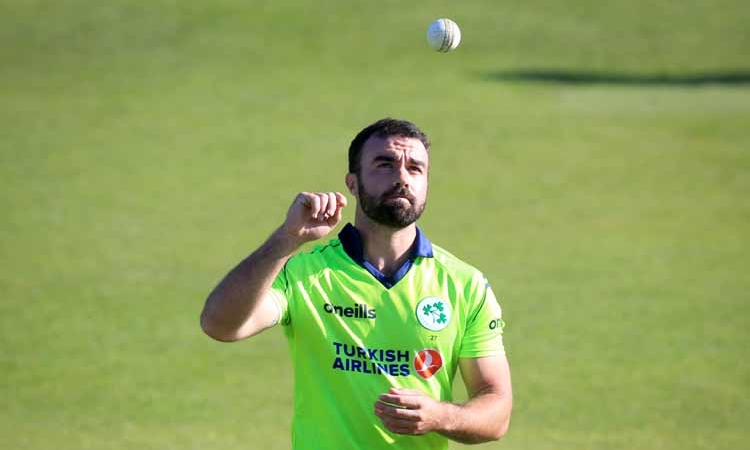 CSNI captain James Kennedy is confident that new duo Stuart Thompson and Ross Adair are going to have a big impact at the club.

The 2020 season is set to get underway on July 18 when the Stormont side kick their Robinson Services Cup campaign off against reigning Premier League champions CIYMS.

CSNI were busy during the winter months, bringing in Irish international Thompson from Eglinton and hard-hitting Adair joining from Holywood.

The plan for the club was always going to be to enter the 2020 campaign without an overseas professional after electing not to bring Andre Malan, who had scored over 1000 runs last season, back for a third time.

While acknowledging it won’t be an easy task to fill the gap left by Malan, Kennedy is excited to see the new pair in action and believes the Twenty20 format could bring the best out of them.

“Last year in particular we were so reliant on Andre,” he said.

“It was really only Elly (Marc Ellison) that stepped up with the bat and the rest of us didn’t come to the party at all.

“It puts a bit of pressure on the rest of us to step up and contribute. To try and replace Andre’s runs is basically impossible. He’s an exceptional cricketer.

“We obviously have Stuart Thompson in who is a great addition and Ross Adair will bring hard-hitting. It’s an exciting team and one that’ll hopefully produce the goods on the pitch.

“That (Twenty20) maybe played straight into their hands.

“Thommo is obviously in the Ireland set-up and could be involved in that with Gary (Wilson) so we might have them for just over half the games – we will just have to see when that squad is selected how it pans out.

“It’s been great to have him around and we are looking forward to getting on the pitch with him in the next couple of weeks.

“Ross can hit the ball very hard and is a great addition. T20 will suit him and hopefully he will make a serious dent in the bowlers’ figures.”

CSNI will have to get into the swing of things quickly with their opening three matches coming against CIYMS, Instonians and a Lagan Valley Steels Twenty20 Cup trip to Waringstown on July 26.

They have only progressed past the group stage in that competition once since winning it in 2014 but Kennedy feels he has the squad at his disposal to challenge on all fronts.

“Personally, I’m maybe too old for that game now!” he added.

“As a team it’ll be interesting. We have always enjoyed our T20 and over the years we have perhaps got our tactics wrong in the T20 competition.

“The fact that it’s only T20 this year means we can practice hard for it, try to get the tactics right and compete well.

“Our team is probably fairly well suited to it. We have a decent mix of spin and pace and a decent batting line-up so we should be well suited, but only time will tell.”

Plans came together quickly for the season over the last couple of weeks with top-flight clubs meeting via Zoom last Thursday with the NCU to discuss the proposals and logistics.

Everything seems set now for a return to cricket in under two weeks time and Kennedy is excited to get back on the pitch.

“Up until a few weeks ago we were probably expecting there to be no cricket and the whole country was probably thinking that,” he said.

“The fact that the powers that be have worked hard to get cricket going is brilliant and we are so grateful for that.

“We almost haven’t had time to think about goals. It was only just Thursday night that everything was laid out in front of us on a Zoom call so over the next few weeks we will start talking about plans.

“Regardless of the competition and however many overs it is, you’re trying to win it so that’ll be our goal. We will try to win everything that we are in.”