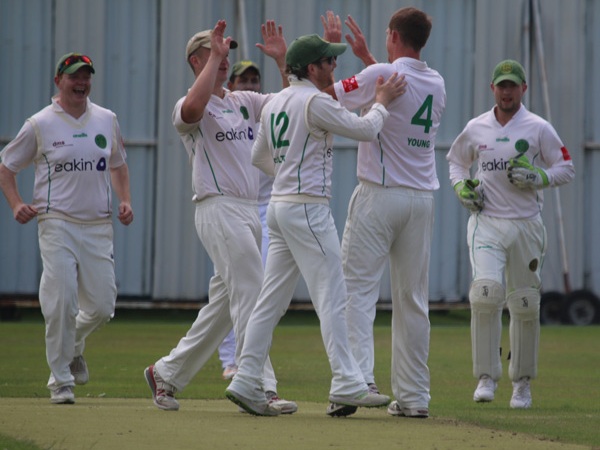 North Down captain Alistair Shields believes their motivation for silverware will be as high as ever when the 2020 season gets underway on July 18th.

With the coronavirus pandemic delaying the start of the campaign by almost three months, the league will now be a Twenty20 competition and known as the Robinson Services Cup.

The Comber men start with a home fixture against Carrickfergus and will enter as one of the hot favourites to be crowned champions.

After a long wait and plenty of hard work being done behind the scenes, cricket is finally back and Shields says they can’t wait to get started.

“It’s going to be a short, sharp and intense season with the different competitions we will be playing in and it’s the type of thing where you can get on a run and kick off well or likewise if you don’t start well you can be behind the eight ball a bit because of how short it is.

“It’ll be interesting to see how it goes. We have done well in Twenty20 over the last few years although not managing to get our hands on any silverware which is disappointing. It would be nice to go a step further.

“Plenty of hoops have been jumped through over the past few weeks in terms of setting up the ground and sessions for teams right throughout the club so there has been a lot of hard work behind the scenes.

“It’s just little logistical things like who can be there to open up, who is in charge and who is managing the protocols.

“It’ll be well worth the work when we get on the field and hopefully the weather plays ball so we can have a decent season.”

North Down have been remarkably consistent in the Lagan Valley Steels Twenty20 Cup in recent times, reaching at least the semi-finals in every season since 2013.

They already had a team more than capable in the shortest format with the likes of Craig Young and Ruhan Pretorius in their ranks but the addition of Paul Stirling, who is one of the best Twenty20 batsmen in the world, certainly won’t do any harm to their chances.

It’s unlikely that Stirling and Young will be involved for the whole campaign due to international commitments but Shields is very happy with the squad that has been assembled at The Green.

“We are well set up and have a lot of bases covered with explosive batsmen at the top, lads in the middle who can finish and then with the ball we have a leg-spinner in Carl (Robinson), a couple of off-spinners and then a good pace attack with Youngy, Ruhan, Peter Davison, Peter Eakin and Aditya (Adey),” he added.

“We are pretty well set up. Sometimes it’s hard with such a short game to keep everyone happy and there is a real competition for places and for batting positions which can only be healthy.”

The task for North Down will be finding a way of getting over the line and winning a big trophy.

They have lost three consecutive Twenty20 Cup finals since their last triumph in 2013 and were defeated in a nail-biting semi-final by Waringstown last season.

The competition will be played in a knockout format this season rather than the traditional round robin while there could be more must-win games down the line with the Robinson Services Cup set to be decided in a play-off.

They will be looking to prove themselves in those big moments and Shields is confident they can go all the way.

“We stumbled upon a formula that worked and the way our team is set up we have guys that score quickly with the bat and have wicket takers which has us set up ideally for Twenty20 cricket.

“We are pleased with how we have gone in the past few years and that one missing piece is just getting over the line.

“We were disappointed last year when we fell in the semi-final to Waringstown when we had the game won then collapsed at the end.

“It’s about winning those big moments for us and I don’t think we are too far away. It would be great to get over the line and get some silverware.”

North Down and defending champions CIYMS will likely be considered the two favourites for both competitions when the season rolls around.

Twenty20 can be an unpredictable game and Shields is just focusing on gaining momentum and starting their campaign right.

“It’s quite easy to band a favourite tag about.

“Twenty20 is a bit of a lottery and you just have to look across to England and see the teams that have won that competition over the last few years. They wouldn’t necessarily have been the so-called favourites at the start of the year.

“Twenty20 is a bit of a lottery in some respects but if a team get off to a fast start in the league format then the momentum will go a long way. I’m confident on our day that we can beat anyone.

“We know every team in the league is going to be very competitive and everyone will be in the same position as us in that they’ll think they can beat anyone on their day.

“I’m happy with the squad we have and if we have everyone available then it’ll be hard for me to pick an XI which I think is healthy.”

The Gallagher Challenge Cup and Irish Senior Cup are set to fall by the wayside for one season so every team will have their sole focus on Twenty20 cricket.

With the doubt surrounding there being any sort of season in the past few months, Shields is just excited to get back on the field but says his side will be up for every game.

“When I spoke to our guys it was very much a case of wanting to play as much competitive cricket as we can and they are itching to get going. I don’t think an edge will be missing.

“We don’t have the prestige of the Challenge Cup but the guys are competitive and I know other clubs will be desperate to win as well.

“Regardless of what the competition is called or what format it is, when you step over the line it’s may the best team win and it’s competitive.

The whole scenario has put things into perspective.