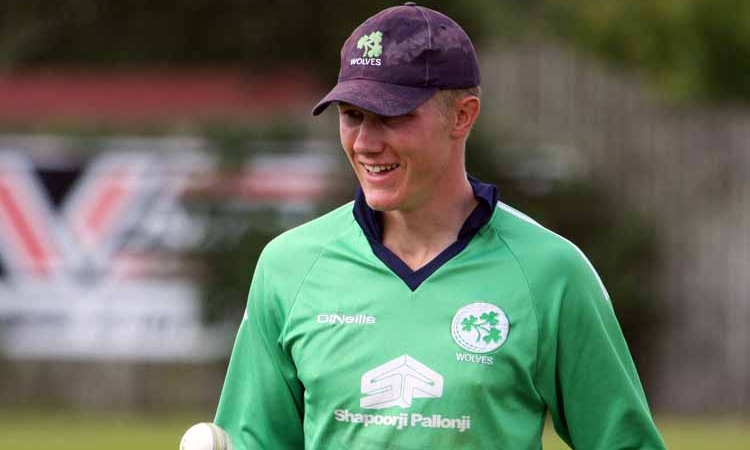 Ireland were beaten in the final over by Netherlands in Dublin on Wednesday as half-centuries from Max O’Dowd (68) and Ben Cooper (91*) helped the Dutch secure a six-wicket victory.

Andy Balbirnie (45) was again among the runs and when Mark Adair bowled Tobias Visee with the very first ball of Netherlands’ innings, Ireland were off to the perfect start.

After a partnership worth 144 between O’Dowd and Cooper, Netherlands were cruising but George Dockrell (3-17) did his best to wrestle the momentum back for Ireland.

The superb Cooper and Scott Edwards (13*) got the visitors over the line with five balls to spare and means all three teams now have one victory apiece heading into the final two fixtures.

1: Harry Tector is an absolute natural

19-year-old Tector has started his international career in superb fashion and has looked so comfortable at the crease in both innings that he has played so far.

Although he only registered 21 against Scotland on Tuesday, the confidence he showed was a massive positive for Ireland and that was only further illustrated on Wednesday as he went to a half-century from 36 deliveries.

Tector (60) has the modern-day ability to play every shot in the book all over the ground and didn’t give the Netherlands bowlers any real chance to settle.

Bigger tests and more pressurising situations await, but the signs are so positive for Tector who is a future captain in waiting.

The Dutch bowlers were so poor at the start of Ireland’s innings and really struggled to bowl to their field or implement any real plans in the powerplay with the exception of Brandon Glover (2-19).

Twenty20 cricket is a batsman’s game and bowling with the fielding restrictions and against batsmen that can play shots all over the ground is generally a thankless task, but you have to help yourself and the Dutch strayed short or leg-side too often.

Ireland scored 62-2 from their opening six overs and got off to a flying start for the second time in as many days, but credit must go to the Netherlands for the way they came back in the last eight or nine overs.

While Ireland looked set to reach 200 before their momentum died, they were able to pull the score back and showed improvements from their opening clash with Scotland.

Although it’s always nice to win matches, that was never going to be the most important thing during this Tri-Series and Gary Wilson will have learnt a lot about the squad over the past few days in two competitive matches.

About 10 or 11 of the touring party to the UAE will already have been known before any of this action in Dublin but there are still many positives to take from it.

We now know Harry Tector is going to be able to step up to the international level with no issues at all and that Gareth Delany is going to have a big impact after getting even more experience with the ball during these matches alongside some big hitting.

David Delany made his debut on Tuesday and only went for 24 runs from his four overs, so should be a big weapon in the Middle East.

There are so many pace options currently for Ireland to pick from and it’s going to be interesting to see what formula they go for at the qualifiers.

Mark Adair will certainly take the new ball while Boyd Rankin and Shane Getkate will surely be on the plane to the UAE, but there are so many other options available too that it’s going to be a tough call for Andrew White and his fellow selectors.

David Delany has shown some good signs as mentioned before, Craig Young provides some further extra pace, Stuart Thompson has opened the bowling in this series and provides some needed control usually while the likes of Josh Little and Barry McCarthy are waiting in the wings after being left out.

It is a welcome but tough decision due to the amount of options Ireland have at their disposal and is yet to be seen if there will be much difference from the personnel selected for the current set of matches in Dublin.

5: Play as close to the starting team as possible

Ireland have tried different combinations during the opening two matches but they should pick an XI that will be as close to the team that will take on Hong Kong on October 18 when they face Scotland on Friday.

I know that conditions are drastically different but it would be beneficial to have those 11 players getting more competitive cricket under their belt heading into a big competition and get the bowlers into rhythm.

Much of the squad picks itself with Paul Stirling, Kevin O’Brien and Andy Balbirnie settled as the top three ahead of the competition but it would be good to get those players below them used to the roles they will be performing.

This group of players are extremely exciting and it will be interesting to see if they can translate the potential into performance.