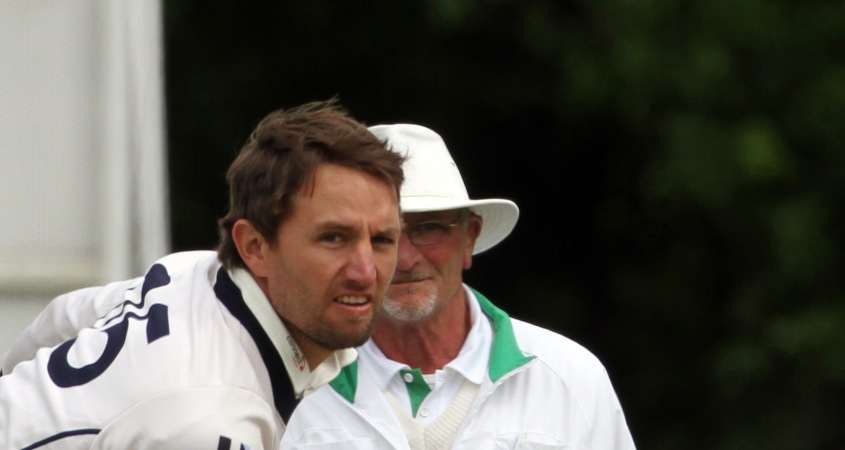 Having played in 15 Tests, 80 One Day Internationals and 16 Twenty20’s for Zimbabwe, Craig Ervine goes down as one of the most high profile players to have competed in the NCU in recent times.

The 33-year-old played for Lisburn in 2009 before returning for substantial parts of the 2013 and 2014 seasons, and was also part of the Northern Knights.

Ervine topped the NCU run-chart in his last full season in Northern Ireland, hitting 863 runs at an average of 61.64 in 16 innings, including 200* against Donemana.

He is still an important part of the Zimbabwe national side, and has registered two Test centuries (vs New Zealand and Sri Lanka).

Here, he speaks about his time with Lisburn, his international career and about the desire to potentially return one day to the NCU.

Thinking back to your move to Lisburn, how did it all come about and were you excited about the opportunity?

From what I remember my younger brother had played before me and I only heard good things about the place so I was very excited for the opportunity.

How does the standard of cricket in the NCU rank compared to other domestic/local cricket you’ve played in?

The standard is good. It’s a little difficult to compare to other domestic cricket I’ve played because the conditions over there are very different to anywhere else and that’s the challenging side of it.

The standard can only get better with the attitude and passion the guys I played with put into the game.

Did you enjoy your time with Lisburn? What were your highlights?

I definitely enjoyed my time there and one day I’ll hopefully have another season there. It’s always a pleasure visiting when I’m in the UK for a trip. Playing golf up at Lough Erne with good friends was definitely a highlight.

2) I’d say the game down at Donemana on that postage stamp was a cracking days cricket, and although we lost after I scored a double century, it was great to be apart of such a unique game of cricket.

3) End of season fines is always an enjoyable sight and all the humour that goes with it. All in all it was a great experience to play cricket in Ireland both club & domestic.

Do you keep up to date with what is going on here? Are you happy to see they’ve been promoted back to the Premier League once again?

Yes I speak to the Simpson’s quite often and I was fortunate to have a few come over to my wedding in early-May which was special.

I’m very chuffed to see them back in the Premier League. It can be tough to stay up if you haven’t got the development coming through.

What are you up to now in cricket?

I’m still playing for Zimbabwe and we have two tough tours coming up in South Africa & Bangladesh so preparations are in full flow at the moment. I’m looking forward to the tour to Ireland next June if all goes to plan.