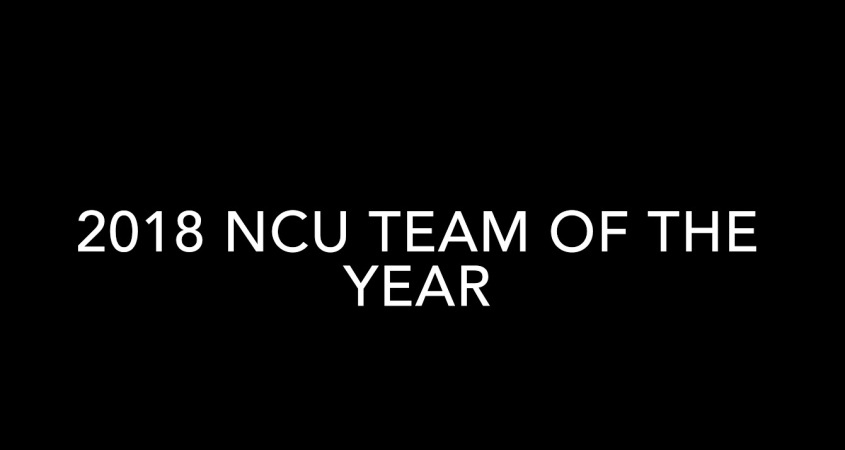 Any reader that follows me on Twitter will know that I ran a series of polls to determine a NCU Team of the Year, so I thought it was time I picked my own.

Finding the right balance can be a tough task considering there are a lot of all-rounders towards the top of both the batting and bowling charts.

Also, some players batting positions will have to be adjusted around just to get them in the team.

I suspect we will have a similar outcome to the polls, but here is my attempt.

The 21-year-old scored four centuries and four fifties, with his highest score of 147 coming in the Premier League against North Down.

His most memorable innings will be the 145* he scored to lead Waringstown home in the Challenge Cup final against CSNI in late-July.

He helped the Villager’s win another four trophies in 2018, adding to the four they picked up in the season prior.

He is now just over 200 runs away from becoming Waringstown’s leading run-scorer of all time having collected 11315 in 345 matches.

Hall scores his runs quickly (strike-rate of 100.66), and he was one of the most consistent in the Union last season, registering nine half-centuries and two hundreds.

The partnership he has developed with Dennison over the past few years is incredible, and it is likely he will break a couple of records when 2019 rolls around.

Malan had a fantastic first season in the NCU with CSNI, hitting 940 runs and taking 43 wickets before heading back to South Africa.

The 27-year-old helped the Stormont club reach the Challenge Cup final where they were beaten by Waringstown, but with his likely return in 2019, Malan could push CSNI towards some silverware in 2019.

He averaged 47 with the bat, and was one of only two players to hit four centuries, and he only hit below fifty once in all the times I watched him play.

Malan had one of the best strike-rates (24.63) last season, and I expect he will another big season if he does indeed come back to Belfast for the next campaign.

It was that kind of form that earned him a call-up to the Northern Knights, where he made his First Class debut in the Interpro Championship.

He was starting to fire in the last couple of games for the Knights, scoring 65 against the North West Warriors and then 64 versus the Leinster Lightning.

Ellison regularly fields in the slips, and took 15 catches last season, proving he has a safe pair of hands to take the edges my opening bowlers undoubtedly get!

The South African had the highest batting average of any player with his 59.28, and he scored his runs quickly with a strike-rate of 111.61.

He also had a good season with the ball in what was a summer for the batsmen, taking 33 wickets with best figures of 5-27.

Pretorious will be back at North Down in 2019, and they will hope the overseas professional can replicate similar form.

Every great team needs a great leader, and that’s exactly what Greg Thompson is.

After winning four trophies in 2017, it couldn’t be easy to deal with the expectations and also having to be alert and on it for different formats and competitions the following year.

Yes Waringstown have a fantastic team, but Thompson proved that he isn’t scared to make big calls – for example, bowling first in the Challenge Cup final.

Dougherty again proved this season that he is probably the best wicketkeeper in the NCU, but also excelled at the top of the order to help CI pick up their first Premier League title since 2012.

He had competition for this position from Marcus McClean, but Dougherty takes the gloves having played a part in 36 dismissals and hit 803 runs.

His finest innings came in May against North County in the Irish Senior Cup, dealing with others falling around him to make 122 in a fine victory at Belmont.

Since joining from Bready, Dougherty has assisted in 193 wickets – the fourth highest since 2006.

It’s probably an injustice that Jones, who hit 710 runs in 2018, is batting at number eight, but such is the talent in the top seven there’s not much that can be done.

He has been the best all-rounder in the NCU over the past decade, and had another stellar campaign last season, taking 24 wickets in addition to the runs he collected.

Jones adds something different to the attack, using seam and swing to pick up wickets and he knows exactly what to do in every situation.

He deservedly won his first ever Premier League title after multiple attempts, and it is now his task to find a way of turning CI into an all-conquering side.

Again, White doesn’t deserve to be batting so low, but he is being selected for his bowling ability.

The former Irish international picked up 30 wickets at an average of 16.77, which is the third best of any player to bowl over 50 overs.

His economy was also under four in all competitions, and his best figures of 5-28 came against Muckamore in August.

He also dealt with the array of injuries to key players at Instonians superbly well, so is another source of leadership in the squad.

No player has picked up more wickets since 2006 than Kidd, and he was the premier spinner in the NCU in 2018.

He picked up 45 wickets in 27 matches, with best figures of 5-14 coming in the last league game against Muckamore.

Kidd played a massive role in the Irish Senior Cup final, picking up the wickets of Merrion’s John Anderson and Michael Lewis to set Waringstown on their way to a historic sixth title.

As mentioned previously, this summer was one for the batsmen, so it shows how well Coulter bowled to pick up 46 wickets.

The tally leaves him as the most successful fast bowler of the last 12 years, and he collected his best figures of 6-6 in 2018 against Downpatrick.

He and Jones have a terrific opening partnership, with the pair perfectly complimenting each others games.

*all statistics courtesy of CricketEurope StatsZone